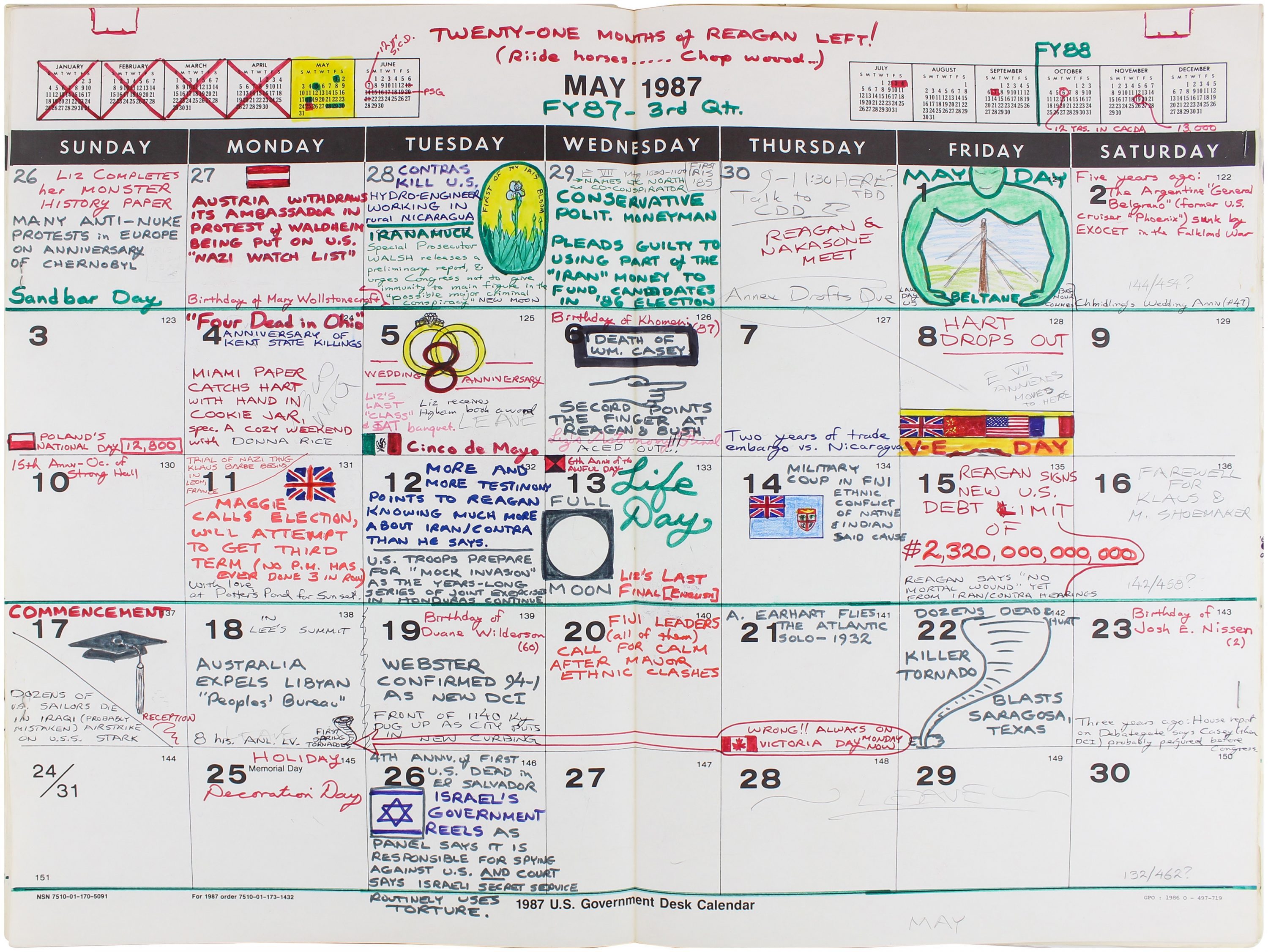 This week’s recent acquisitions captured the attention and imagination of many as it included a collection unlike any we’ve hosted before: a series of Cold War-era desk calendars, massively extra-illustrated by a disgruntled Cold Warrior.

“They’re an unusual window into one person’s life and the world as he saw it—a unique history of the 1980s, captured in pen, pencil, and felt-tip pen. Looking through the months is a bit like looking through a Where’s Waldo? book, chock full of worldly details and small surprises. Go ahead—get lost in his world.”

“Many faceless bureaucrats have secretly harbored dreams of novel writing over the years, only to see their dreams trampled by unreasonable bosses or unsympathetic publishers. It is not entirely clear what the Kansas scribe was trying to achieve with his nonstop writing—or why it survived. But deep within the deep state, he found a voice.”

And check out the 100’s of posts on this MetaFilter list serve.

The sustained work of an able draftsman and cartoonist, these desk calendars offer a unique perspective of an individual who was both a government insider and an outsider to mainstream American society.